Bishop Museum is OPEN daily, 9 a.m. to 5 p.m. For your safety, we have limited indoor capacities, and timed admissions are encouraged to be purchased online. Please visit our Tickets page for updates. 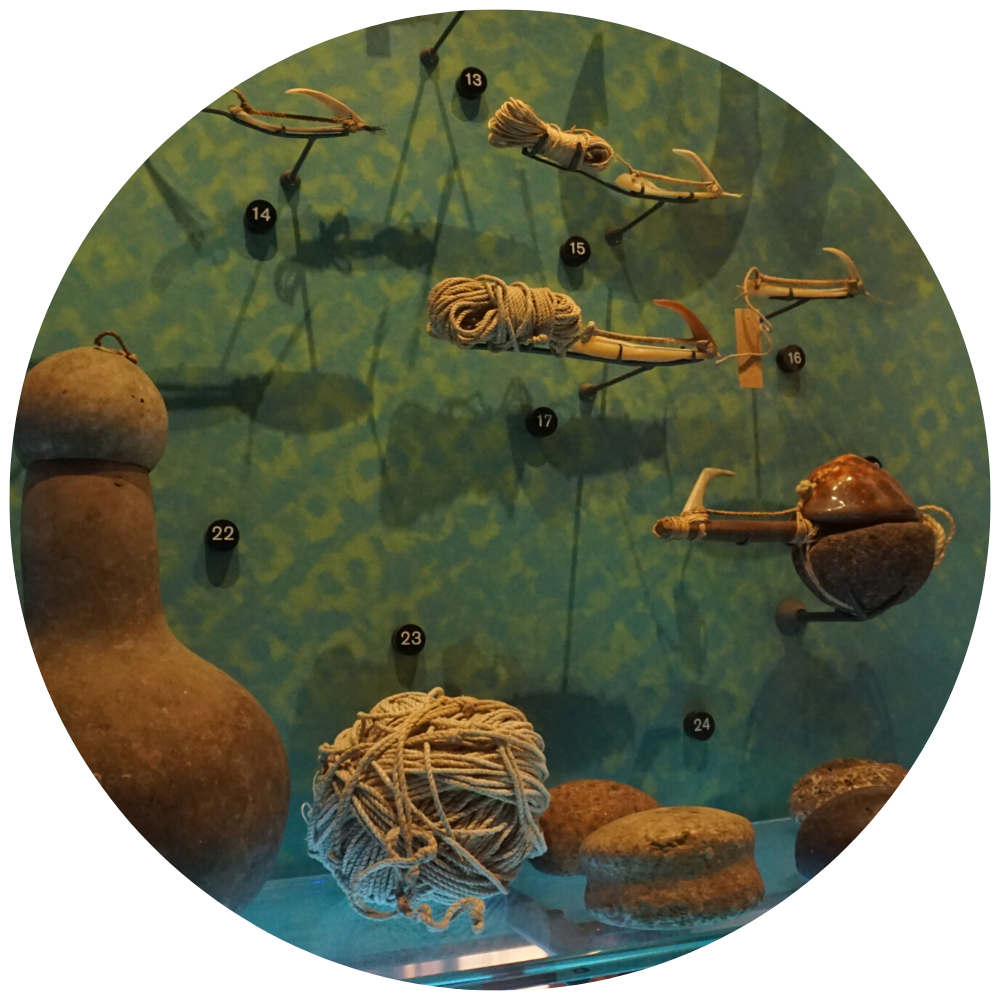 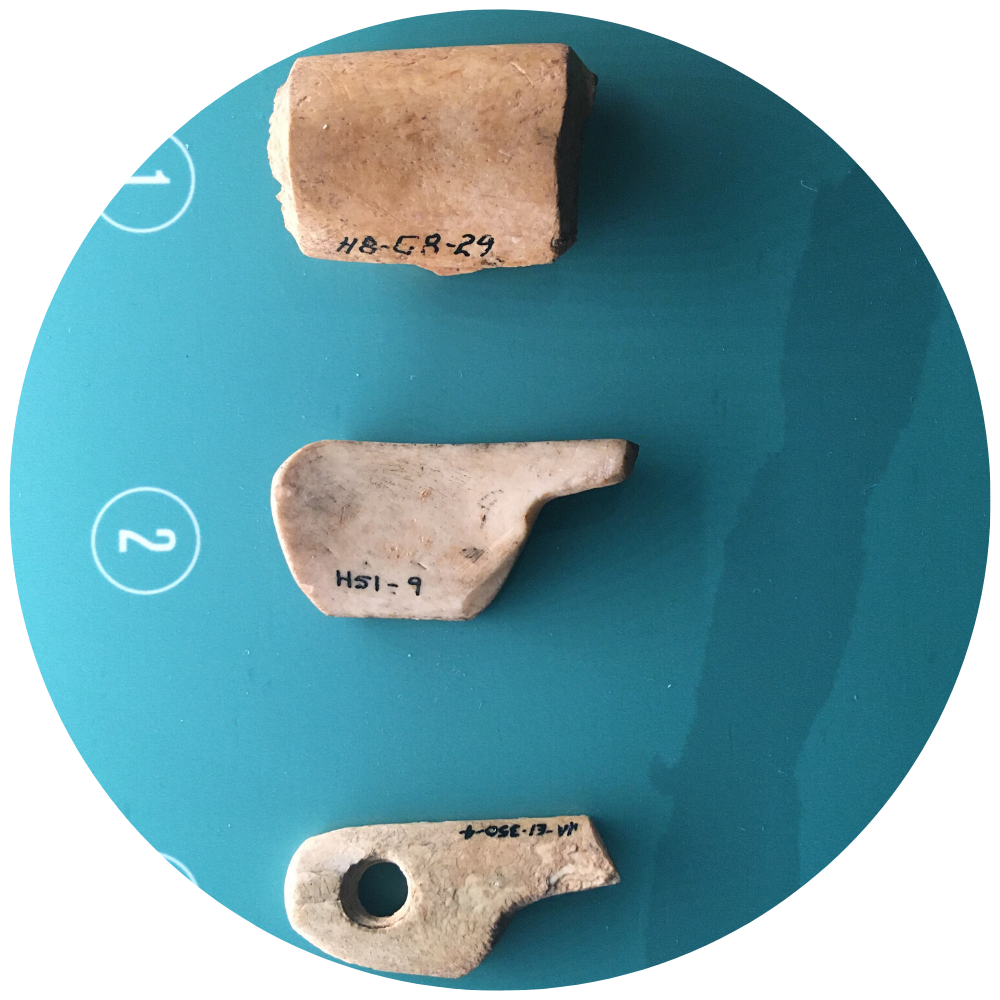 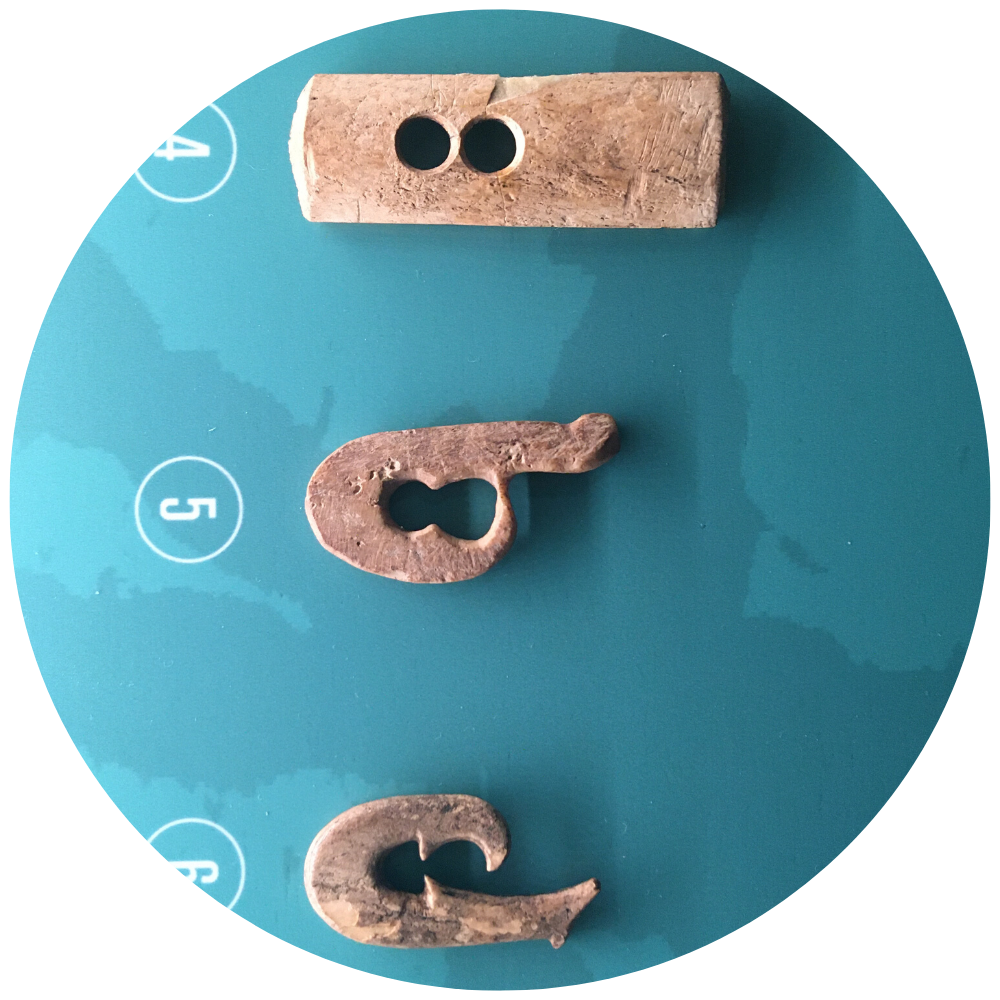 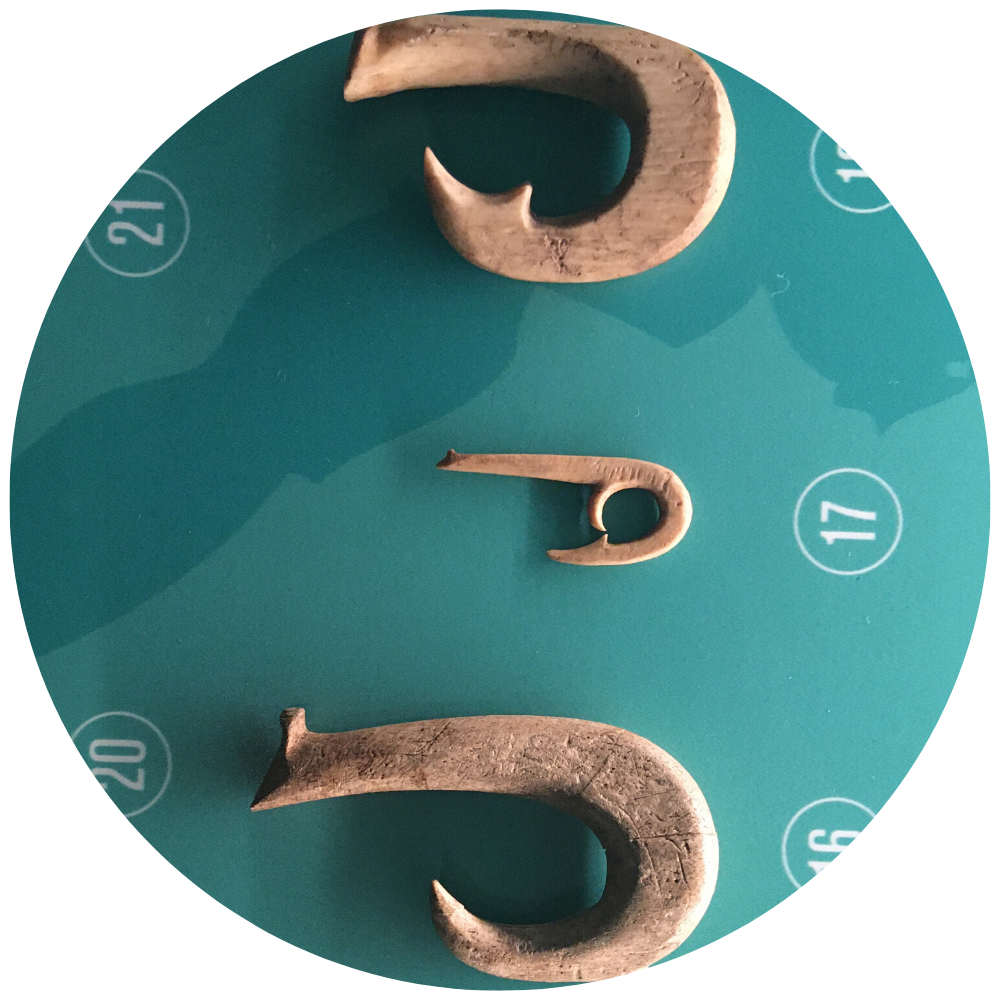 Play the audio files below as you click on each image to learn more.

A story of Halaʻea, the greedy chief of Kaʻū, narrated by Kapalikū M., additional sounds provided by http://zapsplat.com/. 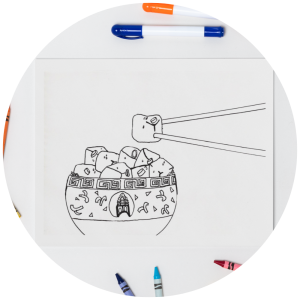 Color and show us what your favorite poke and where you like to enjoy it! 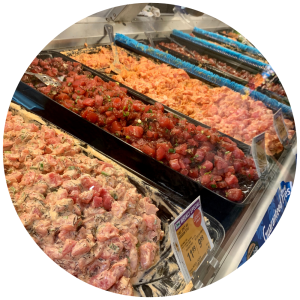 The History of Poke in Hawai‘i

The Pacific Ocean is a diverse ecosystem filled with a wide variety of sea life. Fish, shellfish, and other marine invertebrates are major proteins for the people of the Pacific. Among the most commonly eaten are fish like ʻahi, ʻanae, ʻōpelu, invertebrates like heʻe (octopus), ʻōpae (shrimp), ula (lobster), pāpaʻi (crab), and ʻopihi (limpets). 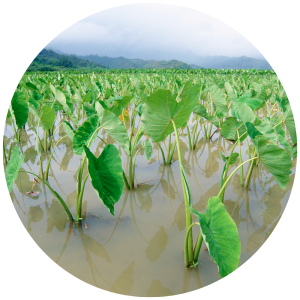 Native Use of Fish in Hawai'i Podcast

“The second story is of Kamehameha I. According to this unrecorded tale from Mrs. Pukui, he made an agreement with a man of Kahuku (in the district of Kaʻu, island of Hawaii) that “for one calabash of poi, one fish,” and the man understood that he would get one calabash of fish. He went to the uplands, filled his calabash with poi, and came to Kamehameha, who gave him not one calabash of fish but one fish, and that a little one. Unabashed, the Kahuku man tied his one small fish to his carrying pole and went off home. All the way along his road people laughed at his one little fish dangling from his carrying pole. Our hero came again to Kamehameha with his calabash, the contents neatly covered with fresh ti leaves. He approached in the humble manner of a subject of the great king, crawling up to his presence, and he set the calabash before him. Kamehameha lifted up the ti leaves and beheld not a calabash of poi but one taro within. (Taro is the vegetable from which poi is made.) The king took the play in good part and laughed loud and long and said that they would have no more one-sided bargains. This little story is the foundation of calling the locality where the man lived Kahuku-kau-ʻao-ʻao (one-sided Kahuku).” 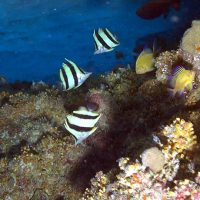 There are many species of fish that live in the waters surrounding the Hawaiian Islands. Some are native, some are non-native, and some are endemic, which means they are found nowhere else in the world! In the following Blog post and activities, you will learn more about a very special fish that was discovered by a scientist at the Bishop Museum, along with an experiment on why fish do not float or sink!

Discovery of a New Species

Learn about the discovery of a new species of butterflyfish in this video with Dr. Richard Pyle of the Bishop Museum!

Check out this short clip of one of the butterflyfish that Dr. Pyle discovered that you can actually see live in our Science Adventure Center. 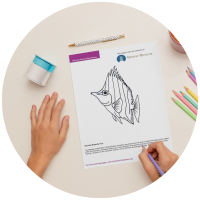 A fun coloring sheet that highlights the new species of fish that you can see on display in our Science Adventure Center! 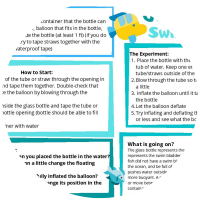 Ever wonder why fish don’t just sink to the bottom of the ocean or float at the surface? Learn about the swim bladder and how it works in fish with this fun and interactive activity!

See how to find Maui’s Fishhook, Manaiakalani in the sky this month along with the starline Kaiwikuamo’o.

Be a Part of Our Story

Celebrate the extraordinary history, culture, and environment of Hawaiʻi and the Pacific with a gift to Bishop Museum. As a partner in the Museum’s work, you can help to sustain vital collections, research, and knowledge, and inspire exploration and discovery with a tax-deductible donation. 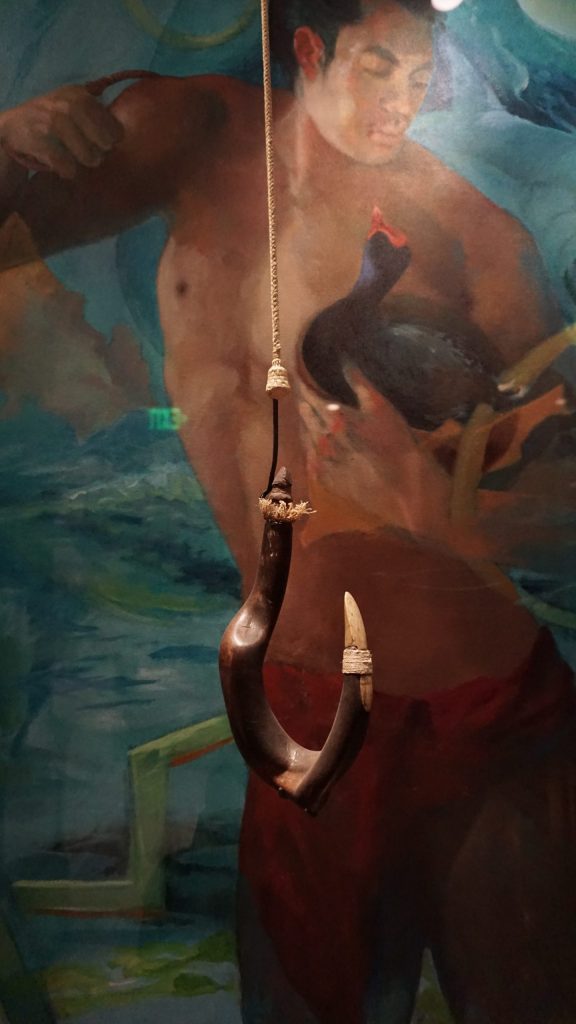 Across Oceania, many heroes’ stories are told, and in Polynesia, one of the most famous heroes is Māui. Known for many deeds of strength, intellect, and cunning, Māui is also known for taking care of his family. In shared stories from different parts of Polynesia, Māui is often credited with pulling up land from beneath the sea. In Hawaiʻi, one version of this story tells us that Māui hooked the kupua (supernatural) fish called Pīmoe. Pīmoe was so large that parts of its body became new land.

This hook shown here shares its name with the fishhook Māui borrowed from his father to catch Pīmoe. That name is Mānaiakalani, and while this hook may not be the fishhook Māui himself used, it is still a treasure. Made from the root of an ʻaʻaliʻi tree, its natural curvature was chosen for catching manō (sharks) and ulua (giant trevally). This fishhook has a whale bone point and retains some of its original olonā fiber lashing. 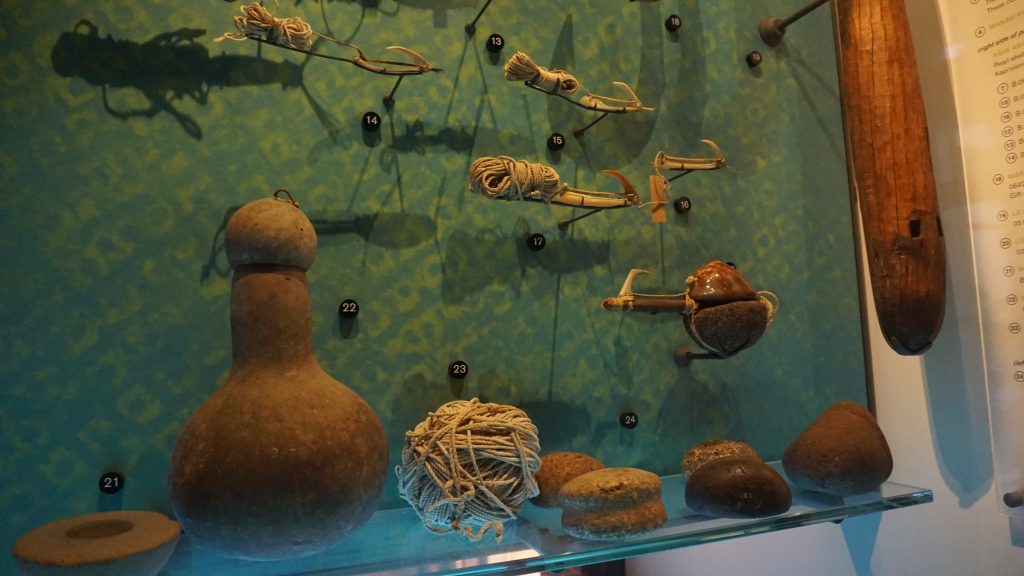 Besides large hooks used to catch big fish, other types of gear may be needed to ensure success on a fishing expedition. In Hawaiʻi, like other parts of Oceania, different styles of fishhooks attract and catch different kinds of fish. The lures shown here are used to catch aku (tuna) and heʻe (octopus). The pā hī aku (tuna lures) are made with a shank of (pā) pearl shell, onto which is lashed a bone or shell point. All of these parts are strengthened by the central line that runs up and down the length of the lure.

Lūheʻe (octopus lures) are also made with a hook, but instead of using pearl shell, the shell of a leho (cowrie) is paired with a stone sinker, and both are lashed to a wooden shank. The lūheʻe is dipped up and down in the water to attract the heʻe, which grabs onto the shell, but is pulled up by the waiting lawaiʻa (fisher).

One uniquely Hawaiian fishing tool is the lāʻau melomelo, sometimes called bait sticks in English. Lāʻau melomelo are made from dense native woods, carved with a small knob used to attach a long rope and hung from the side of a canoe. Lāʻau melomelo, smeared with bait and oiled before being let down into the ocean, are said to attract different kinds of fish with little more than the essence of the bait. 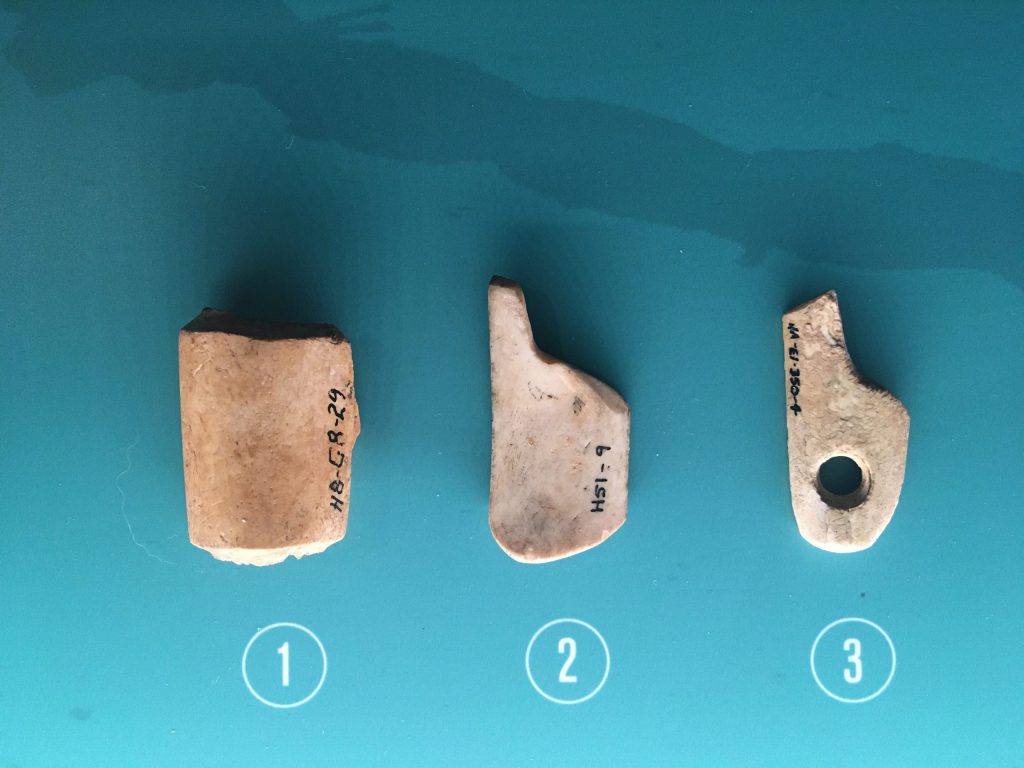 The making of fishhooks requires a variety of skills, and in Hawaiʻi, like other parts of Oceania, the making of a hook starts with choosing the base material and grinding or cutting the hook’s shape until the finished product is achieved. 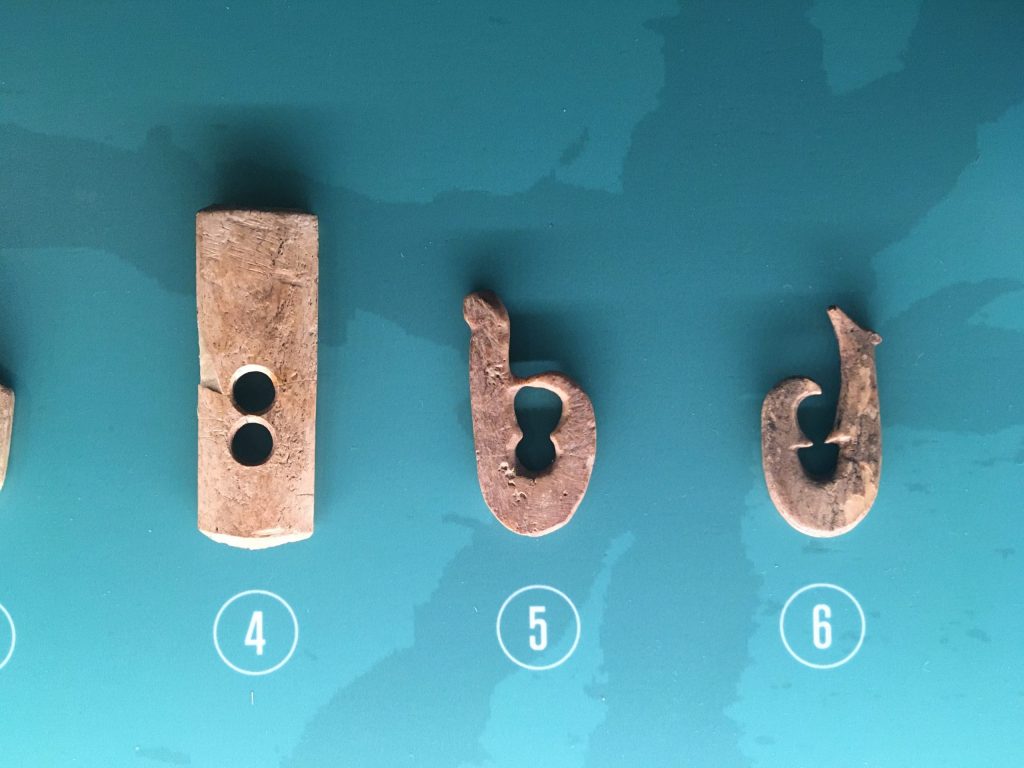 A fishhook blank can be made from a small piece of animal bone, chosen for appropriate thickness and strength. The upper shank is created by grinding material away from the top of the curving point, then as the outside shape is refined, a hole is made using a shell-tipped pump drill, called a naowili. 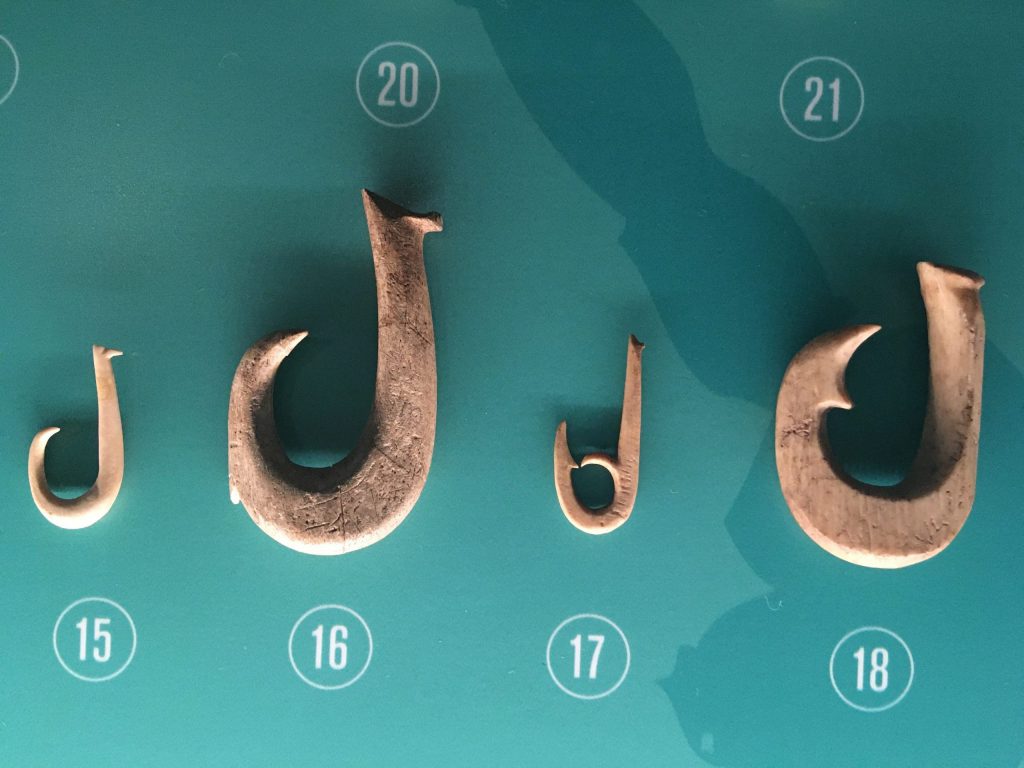 The main hole, rounded edges and point are further refined with coral and sea urchin spine tools. A small nub is left at the top of the shank for a line to be lashed onto the hook. While size and shape varied according to what kind of fish was desired, fishhooks are usually well-shaped and finely polished before going into the water.